In Part 3 of the Web Guiding Systems Series we discussed Web Displacement Guide. 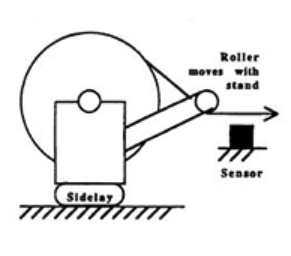 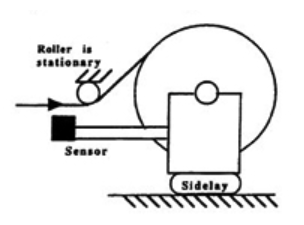 Sometimes, straight edged rewound rolls are desired despite edge problems with the unwind rolls or the web path between. In this case, often a salvage operation, the rewind may be guided. As shown in Figure 5, winder guiding system closely resembles unwind guiding. In fact, the major difference is that the edge sensor is fixed to ground on the unwind guide and fixed to the winder frame on the winder guide. If the sensor cannot be mounted off the winder, then it must be slaved to follow the movements of the winder. Rewind guides are somewhat less common than unwind guides. In part, this is due to the greater complexity of the winder which does not lend itself to sidelay as easily as an unwind.

In Part 5 of the Web Guiding Series we discuss Guide Accuracy and Response.